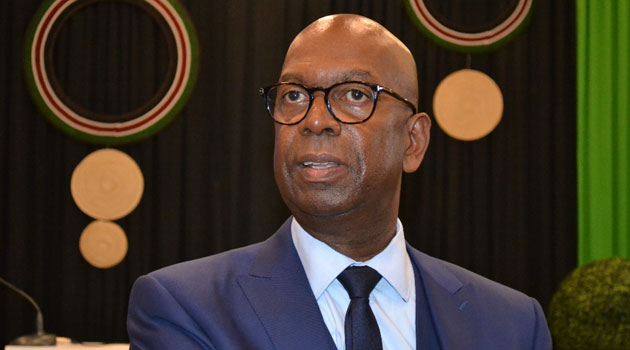 NAIROBI, Kenya, May 23 – Safaricom has extended Bob Collymore’s contract by one more year to compensate for the period he was away on medical leave.

This will now see him continue serving as the telco’s Chief Executive Officer till August 2020. Collymore took an extended leave late 2017 to battle leukemia.

Speaking at the sidelines of the share valued event held in Nairobi, Collymore said he will remain committed to his position until his term comes to an end.

“I am not going anywhere, I owe the company that time when I was away on treatment, therefore, I am still around till 2020,” he said.

Initially, Bob Collymore’s contract as the CEO was to expire by August 2019.

The CEO has said he intends to focus on the company’s e-commerce sector which he pointed out has not been performing as well as expected in recent years and boost the agri-business sector.

“In the next twelve or fifteen months that I will be the CEO, we want to get e-commerce working better and scale up agri-business which is one of the country’s major sectors in generating revenue,” said the telco’s CEO.

Collymore has been Safaricom CEO since 2010 a period in which he has experienced stiff competition from other telco market players like Airtel and Telkom.

The company has also witnessed tremendous growth and has emerged as one of the most profitable in East and Central Africa.

Under Collymore’s leadership, M-pesa has grown to be the world’s largest mobile money transfer solution.