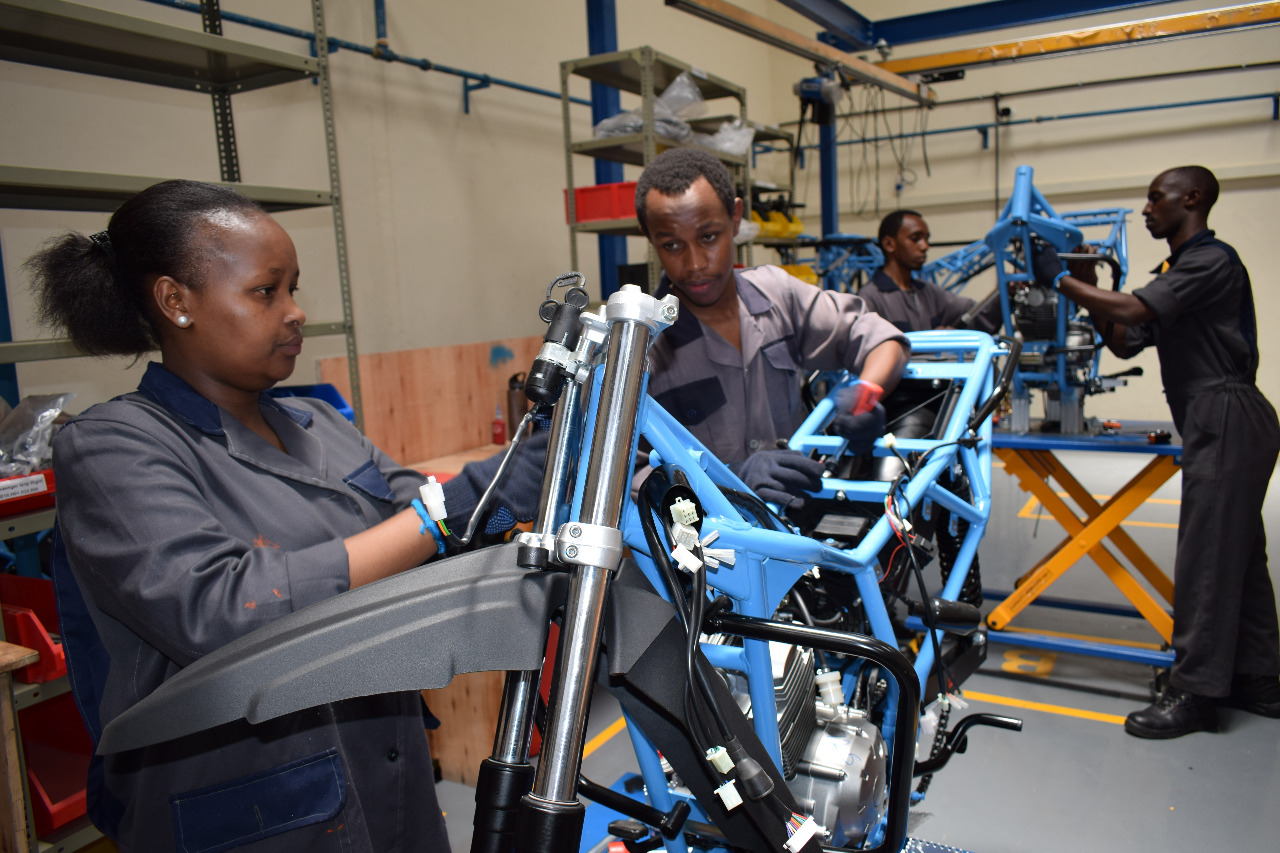 Kibo Africa prides itself in talent investment where the company trains fresh university graduates at the motorcycle assembly process, off Mombasa Road.

NAIROBI, Kenya, Mar 26 – The motorbike sector is expected to continue expanding in the coming years with 4.8 million people in Kenya now using motorcycles for their daily operations, creating income generating activity for thousands of unemployed youth.

This growth prospect has motivated companies such as Kibo Africa to invest in an assembly plant and new models in a bid to grow the local industry.

“There’s a lot of potential in Kenya that’s why we are confident to introduce new models in the market. However, despite the industry rising, we still encounter a few things that should be behind our back by now,” said Kibo Operations Director, Alvin Mageto.

The company has recently introduced the K250 which will sell alongside its K150 model and plans to launch other new bike models including an electric bike in the next two years. Mageto says the Kibo K250 provides more overall capability, power and fun. It boasts of a 250-cc air-cooled single cylinder engine, a trellis frame that is significantly stronger as compared to the competition, 250kg load weight, a balance shaft that diminishes engine vibrations resulting in a smoother ride among other features.

Currently, the Dutch Motorcycle maker Kibo Africa, which has been in Kenya for 5 years, says it is banking on a State policy to prioritize locally manufactured goods to grow its sales.

The company has since made an investment of over Sh11 billion and continues to invest more as it expands.

Kibo Africa also prides itself in talent investment where the company trains fresh university graduates at the motorcycle assembly process, off Mombasa Road.

“Some of the workers you see here are people that are fresh from University,” said Mageto.

The company is a manufacturing industry that designs bikes within and resource materials from other countries.

Advertisement. Scroll to continue reading.
38
SHARES
ShareTweet
In this article: