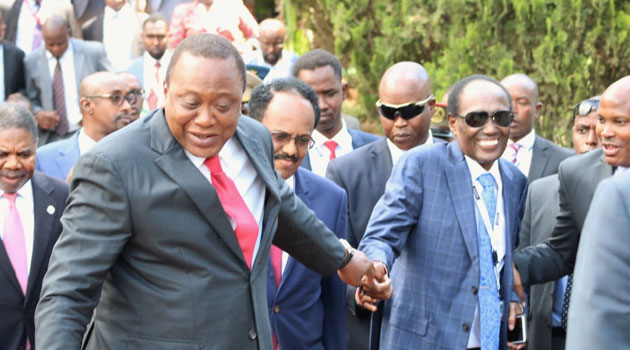 “With 33 shipping lines calling at the port, it provides connectivity to over 80 seaports worldwide, at today’s throughput, port utilization is saturated at over 90 per cent of full capacity, ” the concept paper reads/MOSES MUOKI

NAIROBI, Kenya, Nov 26 – Constrains at the Port of Mombasa along the Northern Corridor has driven transport costs to 30 per cent of the cost of goods.

This is compared to most efficient trade corridors where transport costs make up only 4 per cent of the costs of goods.

The concept paper for the maritime transport released on the sidelines of the ongoing Sustainable Blue Economy conference urges Kenya to address the logistical challenges experienced at the Port of Mombasa in order to make the country competitive for business within and beyond.

The Port of Mombasa is the gateway to Kenya, Uganda Burundi, Rwanda, South Sudan, Northern Tanzania, Eastern Democratic Republic of Congo and Ethiopia.

According to the concept paper, the region served by the Port of Mombasa is the second fastest growing region in the world economically but also the second most expensive region in which to do business.

“With 33 shipping lines calling at the port, it provides connectivity to over 80 seaports worldwide, at today’s throughput, port utilization is saturated at over 90 per cent of full capacity, ” the concept paper reads.

The Port of Mombasa registered a 2.4 per cent growth in throughput from January to June 2018 compared to the same period last year.

Imports took a lion share of the throughput at 83.6 per cent, while exports registered 12.5 per cent.

Container traffic from January to June 2018 saw an increase of 5.3 per cent with the port handling 614, 625 Twenty Foot Equivalent Units(TEUs) compared to 583, 661 TEUs during a similar period last year.

Over 90 per cent of imports and exports in Kenya are conducted by sea.