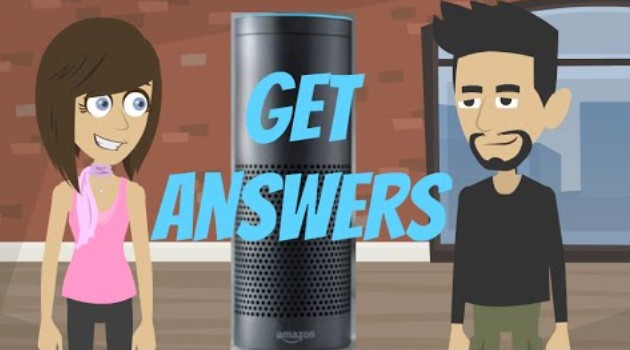 Amazon told AFP it looked into what was going on and found that sometimes Alexa mistakenly registers the phrase "Alexa laugh" and obeys./AFP
3
SHARES
ShareTweet

Users of smart speakers with Alexa assistant software have comically expressed their fears in recent weeks on Twitter, even posting video snippets of speakers infused with the software laughing menacingly for no apparent reason.

“If Alexa is laughing at you to your face, just imagine what it says about you behind your back,” read a quip posted at Twitter by @mattblaze.

“Every time Alexa laughs, an angel dies,” entrepreneur and innovator Elon Musk joked in a Twitter exchange on the development.

Tesla co-founder Musk is among high profile figures who have called for vigilance to ensure artificial intelligence doesn’t turn on humans.

Amazon told AFP it looked into what was going on and found that sometimes Alexa mistakenly registers the phrase “Alexa laugh” and obeys.

“We are changing that phrase to be ‘Alexa, can you laugh?’ which is less likely to have false positives,” an Amazon spokesperson told AFP.

And, Alexa is being modified to say “Sure, I can laugh,” before cackling.

“Just brainstorming some @blackmirror titles while Alexa laughs maniacally in the distance,” read an @netflix tweet.

The tweet included a picture of a multi-story, modern book shop overlaid with “The Bookstore That Enslaved Humanity.”

One video of a cackling Alexa posted at Twitter on February 23 had logged more than a million views.

Launched in 2014 by Amazon, the Alexa digital assistant has spread from the company’s Echo voice-commanded speakers to millions of devices, even cars.

Alexa competes in the digital assistant market with offerings from tech titans including Apple, Google, and Microsoft.