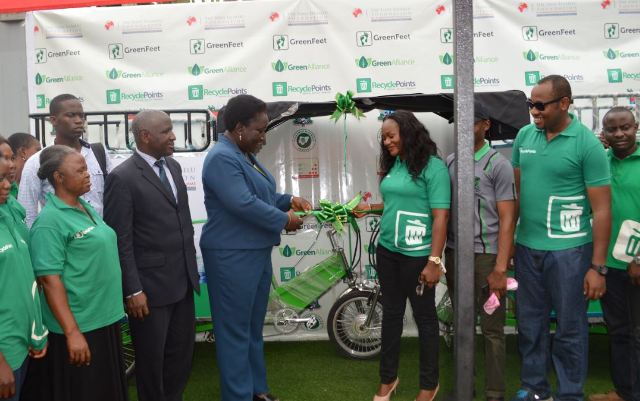 Nigeria’s Chioma Okonu has created ancillary revenue streams for more than 6,000 households, created 40 jobs and generates over $50,000 in profit through a waste management business.
2
SHARES
ShareTweet

Nigeria’s Chioma Okonu has created ancillary revenue streams for more than 6,000 households, created 40 jobs and generates over $50,000 in profit through a waste management business.

NAIROBI, Kenya, Dec 13 – Kenyan entrepreneurs have a chance to get seed capital following the announcement of the third round of Tony Elumelu Foundation (TEF) Entrepreneurship Programme that has so far benefitted 242 Kenyans.

The Tony Elumelu Foundation announced they will begin accepting applications on January 1, 2017.

The programme is the Foundation’s 10-year, Sh10 billion commitment to train, mentor and fund 10,000 African entrepreneurs.

This year 75 Kenyans were among 1000 entrepreneurs from 54 African countries who benefited from the second round of the programme. Another 167 were awarded the funds during the first round.

“I believe the seeds we are planting through the Programme will transform Africa. Two years on, it is clear that we have found a key to unlocking Africa’s potential for economic transformation. As our entrepreneurs grow their own businesses and realise their ambitions, so too does the vision. We are showing what the African private sector can achieve; how hard work and enterprise can catalyze real, sustainable development,” said TEF Founder Tony Elumelu.

The application portal will be open until midnight March 1, 2017. Entrepreneurs must complete the online application and selection is on a rolling basis, so early application is encouraged.

1,000 entrepreneurs will be selected based on the feasibility of the business idea; market opportunity; financial understanding; scalability; leadership and entrepreneurial skills demonstrated in the application.

Among the previous recipients, Momar Mass-Taal from Gambia, turned his $5,000 seed capital in a agricultural project into $1.2 million in revenue while Bukhary Kibonajoro from Tanzania used the mentorship and training to launch his business, create 34 new jobs and provide growth services for more than 100 local business in 12 months.

Nigeria’s Chioma Okonu has created ancillary revenue streams for more than 6,000 households, created 40 jobs and generates over $50,000 in profit through a waste management system.

“Your entrepreneurial journey begins when you make the decision to complete the application. We are seeking real entrepreneurs, people who can take risk and reap rewards, not just for themselves, but their communities and countries,” said Vir.