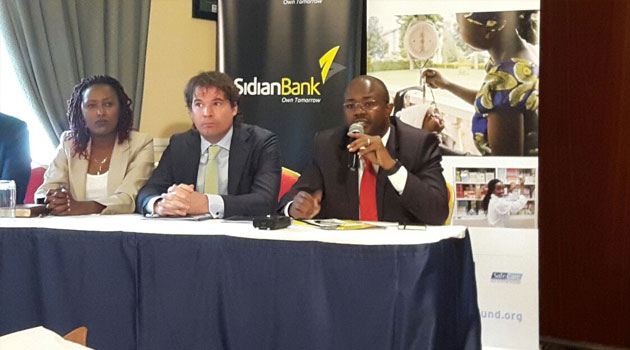 Sidian Bank CEO Titus Karanja says so far Sh100 million has been lent out with some drivers even seeking to acquire more vehicles. /FILE

NAIROBI, Kenya, Oct 24 – At least 100 Uber drivers have been able to buy their own vehicles under the Sidian Bank special loan facility announced in May this year.

Sidian Bank CEO Titus Karanja says so far Sh100million has been lent out with some drivers even seeking to acquire more vehicles.

Karanja says the bank is confident that the Sh10 billion facility set aside will have benefited the expected 10,000 Uber drivers within the given period of three years.

“It was unique because we were willing to give 100 percent financing with no down payment and someone who was a driver yesterday walks out an entrepreneur. I am happy to report that today we have crossed the Sh100million mark and for the period we have been running it we have not had a single default. Not one,” Karanja said.

Under the arrangement, the credit facility allows Uber drivers to acquire cars valued between Sh1 million to 1.5 million which is issued on terms of drivers’ performance ratings.

Drivers that are not part of Uber are required to join the taxi-hailing app and build quality rating from users.

Karanja was speaking on Monday while giving the highlight of the bank’s strategic re-alignment, which began with a re-brand in April this year.

Other major partnerships that the bank has engaged in include Sh2billion deal with Medical Credit Fund to finance private medical services providers in Kenya and a deal with European Investment Bank.

The bank also announced a Voluntary Early Retirement (VER) scheme targeting 108 staff out of the current 560 at the bank.

Karanja says this is in line with the banks transformation agenda which seeks to turn Sidian Bank into a Tier II bank by 2019. The bank will be spending at least Sh70 million in the staff voluntary retirement which will affect all departments.

“The VER plan is part of the strategic journey to transform Sidian staff into bankers of the future, with superior technology skills-set, an entrepreneurial mindset, enhance professional knowledge and a culture that supports diversity of thought,” Karanja said while making the announcement.

The current costs on staff is approximately Sh70million a month.