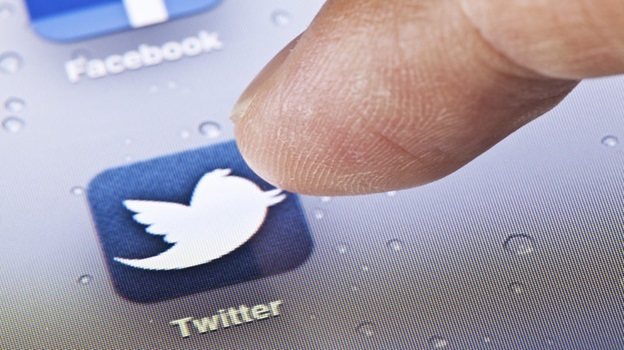 SAN FRANCISCO – Twitter shares were down nearly six percent at the close of trading on Thursday as pressure mounted to ignite growth or find a suitor for the global one-to-many messaging service.

The company’s shares ended the official trading day on the New York Stock Exchange at $18.70, having lost $1.17.

The stock slide came as reports swirled that Twitter’s board met to consider ways to cut costs, ramp up revenue, and maybe even sell itself or properties such as video-snippet sharing service Vine or mobile application-building platform Fabric.

Twitter has been the subject of takeover rumors for months, with speculation about potential suitors ranging from Google and Microsoft to telecommunication giants, Disney, and Rupert Murdoch’s News Corp.

The report showed Twitter’s loss narrowed to $107 million in the second quarter from $136 million a year earlier.

Significantly for investors, the number of monthly active users edged up to 313 million, up three percent from a year ago and only slightly more than the 310 million in the past quarter.

Revenue rose 20 percent from a year earlier to $602 million, but lagged behind expectations.

Twitter has never posted a profit since its keenly anticipated stock market debut in 2013, but has been ramping up its advertising efforts to bring in revenue.

Twitter co-founder Jack Dorsey returned to the CEO job last year in a bid to boost growth and user engagement, with shares slumping on concerns the company is failing to keep pace in the fast-growing world of social media.

“Twitter has struggled to evolve from a passive, mobile-first, RSS news reader on steroids to a fully engaging, interactive media and messaging platform,” equity research firm BTIG said in a note to investors.

“Twitter is still basically what it was when we first started using it in 2008.”

The company has been seeking to expand its reach with live video and an array of partnerships in sports and the political field.

However, many analysts remain skeptical about whether Twitter can reverse its fortunes.

Online video is one of the social network’s latest initiatives aimed at invigorating its platform in the face of stagnating user ranks and persistent financial losses.

Twitter stock has lost two thirds of its value since hitting a historic peak a few weeks after making its debut on Wall Street in November of 2013 at an IPO price of $26.