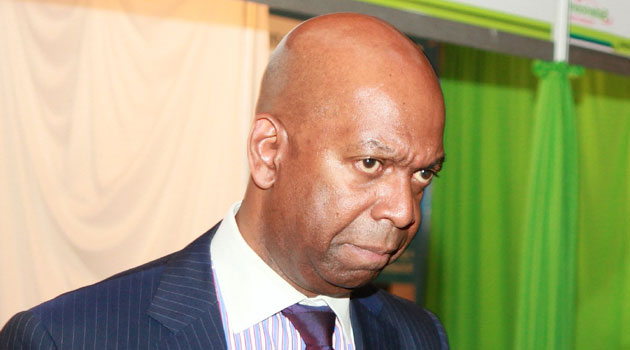 Speaking at the 6th TICAD in Nairobi, Collymore noted that better partnerships between the private and the public sectors are creating the right environment for better governance across Africa/FILE
0
SHARES
ShareTweet

Speaking at the 6th TICAD in Nairobi, Collymore noted that better partnerships between the private and the public sectors are creating the right environment for better governance across Africa/FILE

NAIROBI, Kenya, Aug 29 – Africa’s renaissance will be fuelled by transparent partnerships between governments and private businesses working to improve the livelihoods of the continent’s population, Safaricom CEO Bob Collymore has predicted.

Speaking at the ongoing 6th Tokyo International Conference of Africa’s Development (TICAD) in Nairobi, Collymore noted that better partnerships between the private and the public sectors are creating the right environment for better governance across Africa.

“Across Africa, for the first time, building more transparent PPPs is creating the right environment for a true anti-corruption agenda to be taken up,” said Collymore.

“More African-based businesses and governments are adopting strategies that take into account market opportunities and anti-corruption issues, while carefully weighing the risks of adopting such an approach.”

He proposed that Africa could borrow from Japan about taking the long term view if its development models are to succeed.

“Having worked in Japan and in Africa, my perspective is that Japan has always taken a long term perspective,” said Collymore. “Success requires a long term view. This is what Africa requires.”

He also made a case for Africa’s young, growing, educated and vibrant population as ripe for partnerships that would spur growth.

“The opportunity lies partnering with the millennials. They want partnerships, not jobs,” said Collymore.

He underlined the importance of the private sector’s role in societies in Africa since statistics show that it is responsible for 90 per cent of employment and drives markets through provision of critical goods.

He cited Safaricom’s experience rolling out mobile phone services across Kenya to the remotest parts of the country, citing the example of when the telco erected a mobile phone base station in far-flung Barsaloi area of Samburu County.

Samburu is in Kenya’s arid and sparsely populated north, is inhabited by pastoralists and often the arena for deadly cattle raids and what massive difference the base station at Barsaloi made to the community.
“The (Barsaloi) region had never been connected to the world, and our tower formed a first point of contact for the entire society. What was amazing was the change that a single tower drove on the ground,” he said.

“We noticed that the community started to use our mast for security communication, enabling them to prepare and cut down on attacks from neighbouring communities,” added Collymore. “Imagine the transformation that a well-thought out broadband connectivity solution could engineer in small communities like Barsaloi all over Africa.”

The Safaricom chief executive said how mobile phone connectivity and penetration had affected wide spheres of public life including health, fertiliser subsidies to farmers, provision of loans for small solar units for households outside the electricity grid, mobile phone education platforms, more efficient revenue collection and paperless access to some of the services provided by the government.

The Safaricom CEO however says that corruption remains a major challenge for nations across the continent where, according to the World Bank, $1 trillion is paid out in bribes in Africa.

“An additional $2.6 trillion is stolen annually through corruption – a sum equivalent to more than 5 per cent of the global GDP,” he said. “Unfortunately, many times, the main protagonists in this story of corruption are the private sector, who are contributing to as much as 70% of the fraud taking place in the continent.”

But Collymore offered that Private-Public-Partnerships is one way of pushing back corrupt practices and said that his firm was already practising it.

“At Safaricom, we believe that by embedding ethics into our day-to-day operations, we can build a more sustainable business model that tries to achieve immunity within the prevailing environment that encourages corrupt practices,” he said.