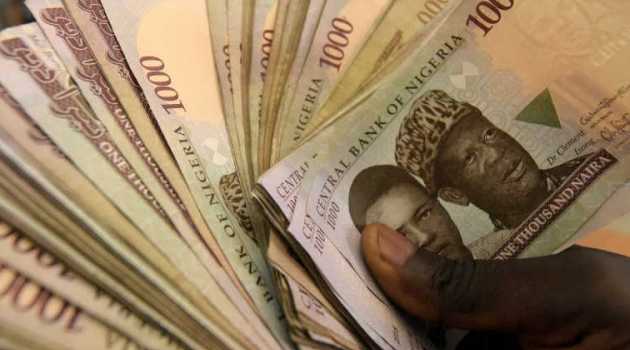 Nigeria’s deficit is projected at 2.2 trillion naira ($11 billion, 10 billion euros) out of a total budget of 6.08 trillion naira/AFP
SHARES
ShareTweet

Nigeria’s deficit is projected at 2.2 trillion naira ($11 billion, 10 billion euros) out of a total budget of 6.08 trillion naira/AFP

The Central Bank of Nigeria (CBN) holds its monthly monetary policy meeting next week, and it will have to grapple with the fallout from the slump in global oil prices that has slashed government revenue.

The naira currency has weakened and inflation risen to 13.7 percent, while a lack of foreign exchange has hurt businesses and left fuel importers unable to buy supplies.

Sebastian Spio-Garbrah, from DaMina Advisors, said the CBN should announce “a dramatic 180-degree change” at the meeting “to stave off a full-blown fiscal, financial and economic meltdown”.

More than 20 of Nigeria’s 36 states are struggling to pay staff salaries, he said and the government’s cash reserves for May and June were “almost depleted”.

The CBN has resisted calls to devalue the naira from the official rate of 197-199 to the dollar, even as black market rates used by most businesses and importers are at about 350.

Nigeria relies on oil exports for 70 percent of government revenue but the global crude price slump and attacks on oil pipelines and facilities have cut output to 1.4 million barrels per day.

The government budgeted for 2.2 million bpd this year.

Bismark Rewane, of the Financial Derivatives Company in Lagos, also urged a change of tack, saying “the official price of the naira is not appropriate because of the prevailing realities”.

“Policymakers have to adopt a more flexible exchange rate policy in order to remove the distortions in the system,” he told AFP.

Sola Oni, of Lagos stockbrokers Sofunix Investment and Communications said: “We just don’t have the dollars to back up our imports anymore.

“So, the best thing is for the central bank to allow market forces to determine the value of the naira.”

Nigeria’s government has followed recommendations from the International Monetary Fund to tackle repeated shortages of fuel caused by subsidy payments.

Last week it increased official petrol prices by 67 percent to match the amounts paid by motorists for weeks as dwindling supplies forced prices higher on the streets. But the hike sparked labour unrest.