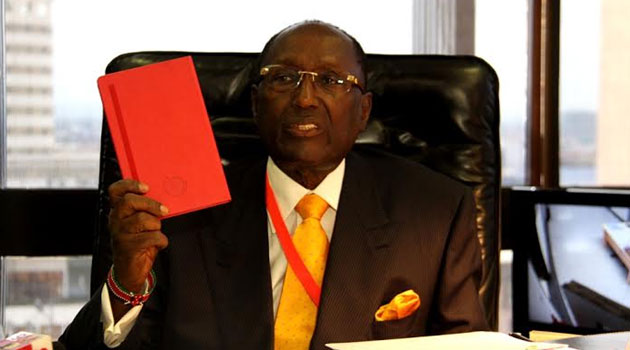 According to Kirubi, despite the efforts that Kenya and other African countries are making to improve their countries and lives of their people, some CNN reports are done to water down the very efforts/CFM
0
SHARES
ShareTweet

According to Kirubi, despite the efforts that Kenya and other African countries are making to improve their countries and lives of their people, some CNN reports are done to water down the very efforts/CFM

He said Africa is unhappy about CNN’s persistence at focussing on negative stories that distort the continent’s true image.

“I like to give that channel that is displaying negativeness about Kenya a red card; they deserved to be condemned for their agenda. The whole world would wish Africa well because we are part of the rest of the world,” Kirubi said.

According to Kirubi, despite the efforts that Kenya and other African countries are making to improve their countries and lives of their people, some CNN reports are done to water down the very efforts.

US President Barack Obama’s visit to Kenya, he said, was such an impetus that expands Kenya’s doors to investments that will boost its tourism industry and other development projects.

But Kirubi, said, since CNN has already made a decision to use Kenya’s main challenge of terrorism as a benchmark of Obama’s visit, Kenya and Africa should pick lessons and work hard knowing that it has ‘enemies’.

“We agree we cannot have everybody on our side. We have people who have their own agenda of how to bring Africa down. All Kenyans and the whole of Africa will be aware of who are our enemies who will not like to see Africa develop,” he said.

Kirubi, earlier had joined Kenyans who vented their anger to CNN using the hashtag #SomeoneTellCNN.

He said Kenya is ‘hotbed of investments’ especially now that the world is coming to the East African country that has won world attention in also hosting other international conferences.

He said CNN reports will not change or discourage Kenya and the world from working together to propel economies and development.

“What we must continue to do as Kenyans is to keep focused in the path we have chosen and we are not answerable to any media. They can write what they want but the fact remains fact, Africa is on a growth path. Kenya has the best president ever and the young Kenyans are determined not to look back and not remain in the mud but to move forward,” he said.

In his view, CNN was very wrong to call Kenya the hotbed of terrorism because it is not the only country in the world under threat that has seen the world suffer because of terrorists groups such as Al Shabaab, Boko Haram, ISIS, Al Qaeda and others.

He urged Kenyans to ignore the negative report and appreciate Obama’s historical visit that has put Kenya on the world map and opened opportunities.