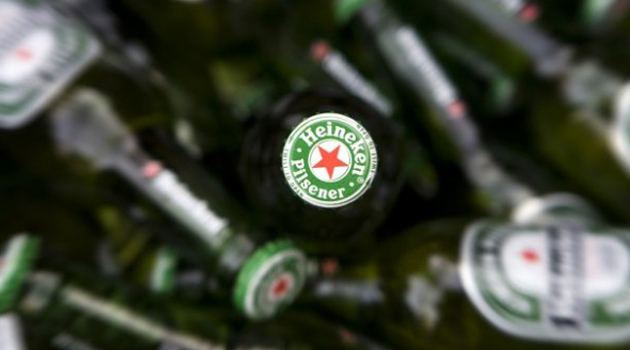 The company, which owns the Heineken, Desperados, Affligem and Sol brands, said beer sales continued to grow in countries like Mexico, Nigeria, Brazil and Vietnam, partly offset by lower profitability in Poland and by the Chilean based Compania Cervecerias Unidadas.

The decline in Russia’s ruble, together with price pressures in Poland, led to a 7.4 percent drop in turnover in eastern and central Europe.

Van Boxmeer remained upbeat while warning of a tough year ahead.

“We expect further volatility in emerging markets and deflationary pressures in 2015, (but) we are confident that we will develop further top- and bottom-line growth in the year ahead,” he said.

Last September the family-owned company rejected a takeover bid by British-based rival SABMiller for an unspecified amount, saying it preferred to remain independent and preserve the company’s 150-year history.

Valued at around 35 billion euros, Heineken is the world’s third-largest brewer after SABMiller and global number one InBev.

Heineken produces and sells more than 200 brands of beer and cider and employs nearly 70,000 people around the world.