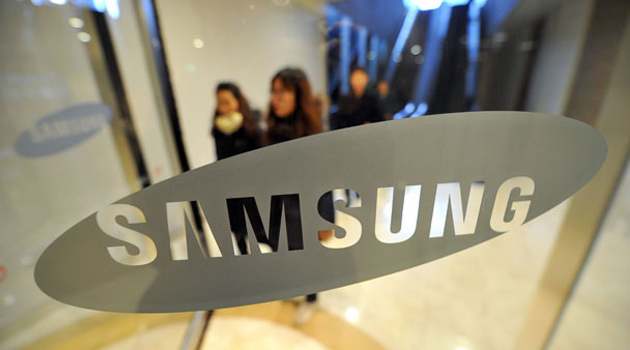 SEOUL, July 8- Samsung estimated Tuesday that its operating profit would plunge nearly 25 percent on year in the second quarter of 2014, as cheap Chinese devices and a strong won hammered down its share of the global smartphone market.

Operating profit was estimated at 7.2 trillion won ($7.1 billion) for the April-June period, compared to 9.53 trillion won a year ago — the South Korean electronic giant’s third straight quarter of year on year decline.

The Q2 operating profit was down 15.2 percent from the 8.49 trillion won posted in the previous quarter.

Samsung did not provide net income or details of division earnings ahead of the official earnings report to be filed later this month.

In an unusual move, Tuesday’s forecast was accompanied by an explanatory note that the company said was to “address market and investor concerns” prior to the audited earnings release.

“The company witnessed a slowdown in the overall smartphone market growth and saw increased competition in the Chinese and some European markets,” the note said.

“This led to higher inventories for the medium and low-end smartphones,” it said, adding that earnings had also been hit by the appreciation of the Korean won against the dollar, euro and most emerging market currencies.

Sales in April-June stood at 52 trillion won, down 9.5 percent from a year earlier, and 3.1 percent from the first quarter.

Samsung said it “cautiously expects” a more positive outlook in the third quarter with the release of its new smartphone lineup, and a much lower marketing spend compared to the second quarter.

However, the next quarter will also see the competition heat up with the expected launch of the iPhone 6 by chief high end rival Apple.

The company acknowledged that “price competition” in China had boosted inventory in a crucial smartphone market — a situation exacerbated by weaker demand in Europe.

Samsung does not disclose smartphone shipments, but analysts say it moved around 78 million units in the quarter ended June 30 — short of the 90 million units many in the market had anticipated.

Alarm bells have been sounding for a while over Samsung’s reliance on smartphone sales in mature markets such as Europe and the United States, and increasingly competitive emerging markets like China.

“Samsung is suffering from a global market shift toward low end products and it had to up its marketing spend to reduce the inventory of its high-end handsets,” said Noh Geun Chang, an analyst at HMC Investment Securities.

“The fundamental problem for Samsung is that the global handset market has become saturated and demand is moving toward low priced handsets, where there is intense competition, especially from China,” Noh said.

The market had largely factored in the profit drop and Samsung shares closed up 0.23 percent on the day at 1.295 million won.

April saw the global roll out of the latest version of its flagship Galaxy series smartphone, the Galaxy S5, which came with a free premium software bundle valued at more than $500 as Samsung sought to pull in buyers tempted by cheaper models from Chinese rivals like Lenovo.

Initial sales of the S5 were positive, although critics said it offered little in the way of real innovation to set it apart from the iPhone and the Chinese phones.

There is a general consensus that smartphone evolution has hit a barrier that will only allow incremental improvements on existing design and technology, rather than market changing reinvention.

Samsung maintained a leading position in the global smartphone market in the first quarter of 2014, but its market share fell for the first time in four years to 31.2 percent from 32.4 percent a year ago.