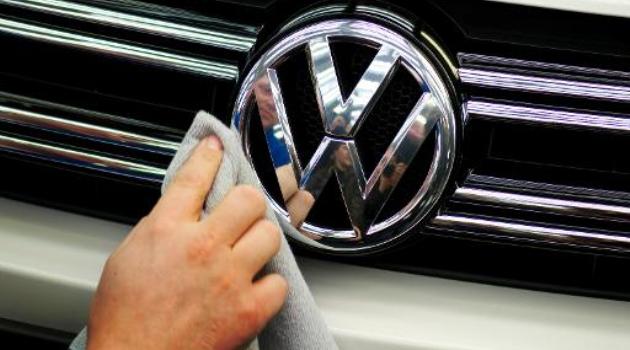 Two-thirds of the job losses will be at VW plants in Germany, the others in North America and Brazil, the report said, citing sources close to the talks/AFP
0
SHARES
ShareTweet

The closely watched vote came as the US labor movement is fighting for its survival after decades of shrinking membership rolls.

Volkswagen workers voted against joining the union in a final vote of 712 to 626.

“While we’re outraged by politicians and outside special interest groups interfering with the basic legal right of workers to form a union, we’re proud that these workers were brave and stood up to the tremendous pressure from outside,” said UAW secretary treasurer Dennis Williams, who directs the union’s transnational program.

“We hope this will start a larger discussion about workers’ right to organize.”

The unionization efforts faced stiff opposition from local politicians, who warned that a UAW victory would make it harder to attract new jobs to Tennessee and even threatened to withhold tax credits that would help VW expand production.

A total of 1,338 employees at VW’s Chattanooga plant 89 percent of the workers voted over a three day period in the secret ballot election, which was monitored and tallied by the National Labor Relations Board.

Volkswagen opened the door to the UAW last year under pressure from German unions to give the Tennessee plant a seat on VW’s global works council, which gives employees a say in the management of the company.

The tacit support of management was not sufficient to sway workers, however.

A ‘serious setback’ for the UAW

And yet the union “still failed to gain certification,” Nerad said in a statement, describing it as a “serious setback” for the union.

“The UAW’s attempts to organize other non-union plants in the United States are very unlikely to be greeted with as much cooperation from other manufacturers, so this could mark the end to UAW hopes to gain traction in these non-union Southern state plants,” he said.

UAW President Bob King said he was outraged that politicians — including Republican US Senator Bob Corker — threatened Volkswagen and the workers if the workers unionized.

“What I hope the American public understands is that those people who attacked this were attacking labor-management cooperation,” King said.

King did not say whether the UAW would challenge the results, but did say that leaders would evaluate their legal options in the next few days.

“Our employees have not made a decision that they are against the works council,” Fischer said.

A German works council is similar to a US union because its members help represent workers, but the representation is from within the company, not a third-party organization.

The Tennessee plant is the only Volkswagen factory outside of China that hasn’t established a local works council and thus did not have a seat on the German automaker’s global works council.

The plant is a major part of the German company’s efforts to grab more of the American market and become the world’s largest auto maker by 2018.

It is currently producing the Passat sedan and is competing with a Mexican plant for the production of a sport utility vehicle.

United Auto Workers leader Gary Casteel said that Volkswagen and the UAW have built a great foundation of trust, and said there could be additional actions taken moving forward.

“There are still some issues that have to be sorted out about this election,” he said.

“Now we go back to work, together as one team,” he said.

The rate of unionization in the United States has dropped to its lowest since the 1930s: a paltry 11.3 percent.

Efforts to weaken unions through legislation, especially in the union-hostile southern states, have also taken a toll.

Despite strong traditions of organized labor in their home countries, German, Japanese and South Korean automakers have strongly resisted unionization efforts in the United States.