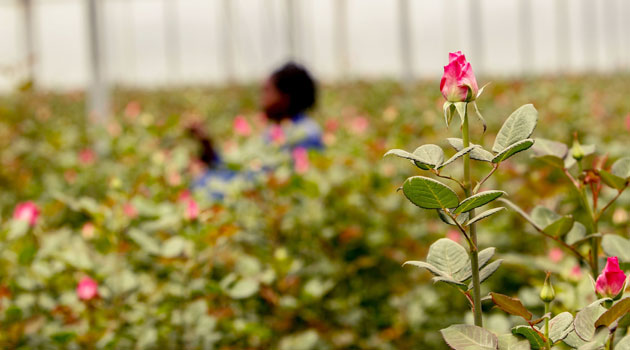 Justice Francis Gikonyo restrained CfC Stanbic, Kieran Day and Ian Small or any other person from interfering with the daily operations of the company pending the hearing on March 21, 2013/XINHUA FILE
0
SHARES
ShareTweet

Justice Francis Gikonyo restrained CfC Stanbic, Kieran Day and Ian Small or any other person from interfering with the daily operations of the company pending the hearing on March 21, 2013/XINHUA FILE

Justice Francis Gikonyo restrained CfC Stanbic, Kieran Day and Ian Small or any other person from interfering with the daily operations of the company pending the hearing on March 21, 2013.

Through Kiprop and Company Advocates, Karuturi Limited had obtained a court order October 22, 2013 to restrain CfC Stanbic bank from a wind up cause that had commenced.

“On the same day, the court gave temporary orders restraining amongst others, any and all proceedings against the company and prohibiting any dispositions, transfer of shares, alterations in status of the company, attachment, distress or execution against the estate and effects of the company after the commencement of the winding up,” read the court order.

Justice Gikonyo said that the orders issued on October 22, 2013 were still in force.

“Any party who disobeys this order, whether as the principal actor, or servant or agent thereof, opens self to the coercive wrath of the court to punish for contempt,” Gikonyo ruled.

Winding up Petition No. 12 was filed by Allpack Industries Limited on August 7 last year and advertised on the newspapers on September 2, 2013.

Due to the Winding up Petition, most of the company’s suppliers and other creditors were unduly alarmed and stopped extending any credit facilities to the company and demanded the immediate payment of any and all sums due to them.

Kieran Day and Ian Small had been appointed receiver managers of the Naivasha-based flower farm while CfC Stanbic bank which is owed by the company had taken over the running of the farm.

The Kenya Revenue Authority (KRA) assessed Karuturi on its use of transfer mispricing to avoid paying the nearly Sh11 million in corporate income tax, part of a larger set of tax disputes with authorities that amounted to a quarter of the firm’s 2012 sales.

The tax authority accused Karuturi of inflating the cost of patented seeds that it buys from its subsidiaries, and under-declaring the value of the merchandise shipped to its warehouse in Dubai.

The Companies Act, Sections 223 to 226, provides for the powers and effect of the commencement of a winding up against a company.

Section 224 provides that in a winding up by the Court, any disposition of the property of the company including things in action, and any transfer of shares, or alterations in the status of the company, made after the commencement of the winding up, shall, unless the Court otherwise orders, be void.

Section 225 provides that where any company is being wound up by the court, any attachment, distress or execution put in force against the estate or effects of the company after the commencement of the winding up shall be void.