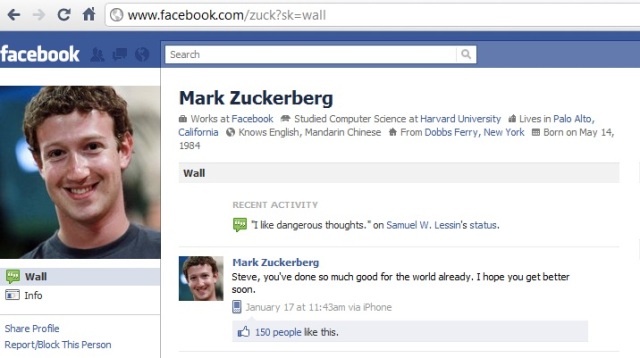 After repeatedly reporting a bug to Facebook developers and engineers and failing to get a response, Khalil (a Palestinian white hacker) decided to demonstrate the security issue to Mark Zuckerberg; He posted on Zuckerberg’s facebook page to show how a user could post to all facebook users even if they were not friends.

I reported that exploit through > wwww.facebook.com/whitehat

But the powers that be at Palo Alto said Khalil was not entitled to an award because he violated privacy rules by posting on a users profile without permission.