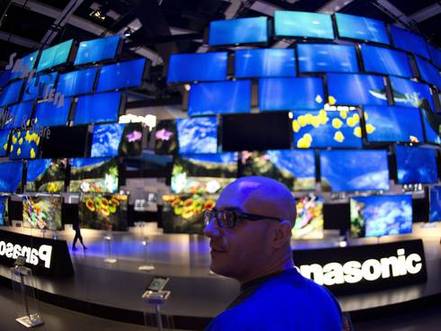 Japanese broadcasters are refusing to air commercials for Panasonic’s new “smart” television, the manufacturer said, amid speculation they feel threatened by its combined TV-Internet function.

Private broadcasters — in a rare case of turning down a major advertiser — have said they will not show commercials for the product, claiming the split screen simultaneously showing broadcast content and web pages may confuse viewers, according to reports.

“IPTV, or smart television, is a new area of service, and we are in talks to create new rules for broadcasting,” Panasonic said in a statement. “We refrain from making further comments.”

Web users who have seen the commercial, available on video-sharing site YouTube, lashed out at broadcasters for an apparently quixotic attempt to protect their medium from competition.

“Terrestrial broadcasting is finished because it has failed to keep up with the trend,” said one posting underneath the video by Desuzo Otaku. “Forget it. We live in the time of the Internet.”

“LG, Samsung have already released similar televisions a long time ago, but they cannot bring them to Japan,” said another posting by tairaomote, referring to Panasonic’s South Korean rivals.

Japan has a lively and competitive broadcast scene and a thriving Internet culture.

However, despite a reputation for innovative wizardry, Japan is sometimes slow to adopt new forms of technology into mainstream use. Some major companies are criticised for not keeping up with changes in modes of consumption.

Rules on political campaigning that had banned the use of the Internet have only recently been relaxed ahead of the July 21 upper house election.