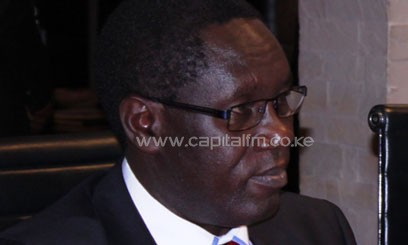 NAIROBI, Kenya, Jun 21 – The Consumers Federation of Kenya (COFEK) has withdrawn its cases against the Communications Commission of Kenya (CCK) that sought to block digital migration after the government agreed to initiate dialogue on the matter.

ICT Cabinet Secretary Fred Matiang’i said the ministry will in one week’s time form a nine-member stakeholders committee to come up with a new digital migration timetable that will represent the interests of all.

Matiang’i said the committee will be chaired by COFEK and will include officials from CCK, digital migration board, media owners among others.

“During that forum we are going to address all the issues, to ensure that we move very fast. Like the thorny issue of the cost of the set-top boxes; we have our own proposals but we don’t want to ram our ideas down the throat of Kenyans,” the Cabinet Secretary told journalists at a press conference.

In February this year CCK and COFEK had agreed on September 15 as the analogue television broadcasting cut-off date for Nairobi, but Matiang’i said this may change after the new timetable if formed.

COFEK has been against the migration since September last year, claiming that Kenyans were not yet ready due to the high costs they were expected to incur to ensure a smooth process.

“Today sounds like the best digital day, because we have had a very lengthy discussion with the new Cabinet Secretary and of course our regulator CCK. We have already instructed our lawyers to withdraw this case from the court and we do hope that the process will go on quick and smoothly,” COFEK Secretary General Stephen Mutoro said.

“The reason we were very keen on this case is that we didn’t have dialogue. But now I don’t think there is any reason to continue with the case. I think Tanzania has begun on the digital migration and we don’t want to be left behind yet we want to be the best in Africa,” Mutoro noted.

CCK has on the other hand pledged to work with all stakeholders and ensure that the new set date will not be interrupted again.

“I know many maybe asking why COFEK is chairing this stakeholder’s forum. We want to know all the complains expressed and no one should feel like we are oppressing anyone,” CCK Director General Francis Wangusi said.

Wangusi said the commission is ready to ensure that Kenya does not miss the internationally agreed deadline to migrate from analogue TV to digital signal by 2015.