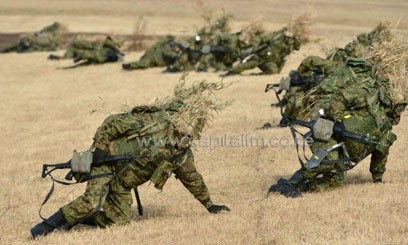 TOKYO, Jan 29 – Japan’s cabinet was Tuesday set to approve a $1.02 trillion annual budget with boosts in defence and public works spending amid a festering territorial row with China and a renewed assault on deflation.

The cabinet is expected to approve a 92.61-trillion-yen ($1.02 trillion) budget for fiscal 2013, with revenue estimated at 43.10 trillion yen and new bond issuance at 42.85 trillion yen — the first time in four years revenue will have been greater than new bond issuance, local reports have said.

The budget is down from the 92.9 trillion yen allocated in the fiscal 2012 initial budget, the first decrease in seven years, they said.

But the defence budget is up by 40 billion yen or about 0.8 percent from the previous year to 4.75 trillion yen, the first rise in 11 years, at a time Japan is embroiled in a row with China over a chain of islands in the East China Sea.

Beijing has repeatedly sent vessels to the disputed waters, prompting calls in Japan for more measures to defend the Tokyo-controlled islands, called the Senkakus in Japan but known as the Diaoyus in China.

Prime Minister Shinzo Abe, who took office in December, has pledged to pull Japan out of years of deflation by active government spending coupled with aggressive monetary easing by the Bank of Japan.

In the fiscal 2013 budget, the issuance of new government bonds decreases by 1.4 trillion yen from the preceding year to 42.85 trillion yen, Jiji Press said.

The government is planning an $86 billion bond sale to pay for the stimulus, stoking fears about spending by Tokyo, which already owes creditors cash equal to twice the size of its economy.