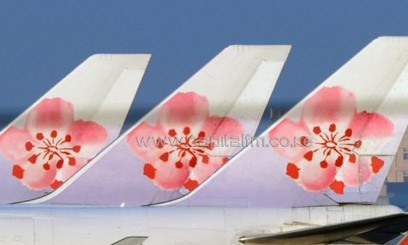 China, Nov 13 – China will need 4,960 commercial planes over the next 20 years, representing a value of $563 billion, the official Xinhua news agency said Tuesday, as air travel demand is expected to increase.

The Commercial Aircraft Corporation of China (COMAC) also forecast that China would require 4,273 “large” passenger planes from now until 2031, the report said.

The forecast for all commercial planes, large and small, is lower than a similar estimate by US aviation giant Boeing released in September that said China will need 5,260 commercial jets by 2031.

COMAC, which gave the estimate on the sidelines of China’s premier airshow held in the southern city of Zhuhai, also said the country’s air passenger volume would grow more than seven percent annually in the next two decades.

Air travel demand in China has soared in line with the country’s decades of surging economic growth that have made it the world’s second-biggest economy and seen its increasingly wealthy consumers take to the skies.

COMAC itself is developing two planes, a regional jet and a larger aircraft aimed at challenging the dominance of industry giants Boeing and Airbus.

The Chinese company said it received 50 orders for the challenger — a medium-range commercial jet called the C919 — at the airshow, bringing the total to 380, Xinhua said in a separate report.

The company aims to hold the maiden flight of the C919 in 2014 and bring the aircraft to the market in 2016, Xinhua said.

Industry officials say the C919 will compete with Boeing and Airbus in the medium-range sector, which represents 70 percent of China’s market.

Shanghai-based COMAC is now testing prototypes of its smaller, regional jet — the ARJ21 — but it has ambitious plans to assemble 50 of them a year by 2014, state media reported earlier this month.

European consortium Airbus had 853 planes in service in China by the end of October, accounting for about half of China’s total fleet of aircraft of over 100 seats, the company said in a statement released at the airshow.

It plans to deliver a total of 120 new aircraft, mainly A320s, to Chinese airlines for all of this year, the statement said.