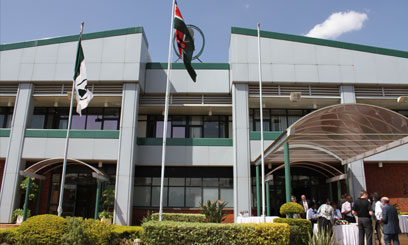 De La Rue Group Director of Communications Rob Hutchison refuted the PAC report’s claim that the firm cost taxpayers close to Sh1.8 billion after overcharging the government about Sh5.6 billion to print 1.49 billion pieces of banknotes in short term contracts after the then Finance Minister Amos Kimunya cancelled a three-year deal to print 1.71 billion pieces of banknotes at a cost of Sh3.8 billion.

“De La Rue contributes a significant amount to the Kenyan economy and in the last three years, we estimate that is an excess of Sh3.9 billion and over Sh5 billion in the last five years,” he said.

“Although similar, they are of a different technical specification, a different size and significant differing quantities are involved,” he added.

As requested by the PAC, De La Rue provided a detailed written breakdown within seven days explaining what contributions they have made to the Kenyan economy.

“The report we submitted actually showed that the Ruaraka factory had provided Sh1.25 billion to the economy in 2011 in the form of taxes, wages and local purchases,” he said.

“We consider it regrettable that this document has not been appended in the report along with the other documents submitted by De La Rue,” he added.

Hutchison also discredited the report’s allegation that De La Rue’s Ruaraka factory had neither the technology nor capacity to print the new generation bank notes.

“The contract for the supply of 1.7 billion new generation banknotes called for delivery between August 2006 and December 2009, thus with staffing levels as they were in 2010, a total of 3.01 billion bank notes could have been produced during this period,” he explained.

He rejected the report’s assertion which cited a number of witnesses who stated that De La Rue chose to bid for the new generation banknote contract based on production at the De La Rue factory in Malta because the Ruaraka factory was incapable of printing the banknotes.

“This is not true. The decision to use the Malta facility was solely predicated by De La Rue’s desire to have its offer compared on the same basis as its overseas competitors,” he explained.

He went on to question the PAC’s recommendation to the CBK to not sign a 10-year printing contract, pointing out that previous long term arrangements between the two parties have resulted in the drop of prices charged by De La Rue.

“The government of Kenya and Treasury were advised by the esteemed legal firm of Mboya Wangong’u & Waiyaki on the legality of the proposed contract through the negations relating to the joint venture and the contract was also approved by the Attorney General of Kenya,” he pointed out.

“Also, previous long term agreements between De La Rue and the CBK have contained provisions for biannual review of banknote prices in the light of prevailing market prices and technological advancements,” he noted.

De La Rue has requested that the committee revise the report to correct the errors and omissions that they’ve highlighted to prevent a misleading impression on the public and to remove what is a significant disincentive and barrier to investment in Kenya for overseas companies.

The PAC report recommended the sacking of Central Bank governor Njuguna Ndung’u and former Finance Minister Amos Kimunya arguing that they were not fit to hold public office. The report has yet to be debated.