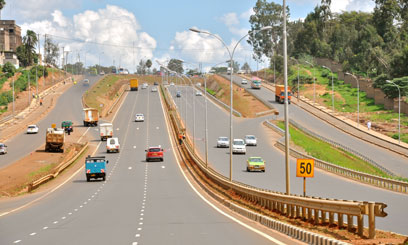 Sh25.2 billion will finance the Nairobi Metropolitan Services Improvement Project (NAMSIP), which aims to strengthen urban services and infrastructure in Nairobi and its environs/FILE
0
SHARES
ShareTweet

Sh25.2 billion will finance the Nairobi Metropolitan Services Improvement Project (NAMSIP), which aims to strengthen urban services and infrastructure in Nairobi and its environs/FILE

Sh25.2 billion will finance the Nairobi Metropolitan Services Improvement Project (NAMSIP), which aims to strengthen urban services and infrastructure in Nairobi and its environs.

Signing the agreement on Friday, Finance Minister Njeru Githae said Sh21 billion will be channeled towards improvement of solid waste management, transport system, and sewerage services in the Nairobi metropolitan.

“To prepare for the massive urbanisation, the Nairobi Metropolitan Services Improvement project will strengthen connectivity between centers of growth in the metropolitan region by preparing land use plans for surrounding areas of 13 commuter rail stations that are proposed for construction,” Githae said.

The three components in the project include, institutional reform and planning at a cost of Sh1.26 billion, local government infrastructure and services (Sh5 billion) and the metrolopolitan infrastructure services which will cost Sh21 billion.

The second project in the World Bank agreement is the Water and Sanitation Services Improvement Project (WASSIP) to support the rehabilitation and extension of water supply systems in the country.

“The funds will be used for the development of additional sources for Nairobi, as well as strengthening of Athi, Coast and Lake Victoria North Water Services Boards,” Githae added.

Sh4.2 billion will be a grant to be used to support drought mitigation measures by providing access to water supply during drought seasons in various parts of the country.

“We will work closely with the ministry of finance and the implementing agencies for these two projects to ensure that they are implemented effectively and their important development objectives achieved, “said World Bank Country Director Johannes Zutt.

With the signing of the two agreements, the World Bank supported portfolio in Kenya will now increase to a total commitment of $3.4 billion (Sh286.8 billion).