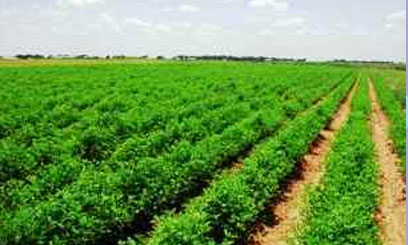 NAIROBI, Kenya, Mar 22 – The East African Community has until December 2013 to conclude a comprehensive Economic Partnership Agreement (EPA) with the European Commission which will guarantee access of its horticultural products in that market after the expiry of the current deal.

This was the message delivered by a delegation of the International Trade Committee of the European Parliament that was on a mission to Kenya to review the progress of the EPAs negotiations.

Committee chairman Vital Moreira said that time has come to arrive at a consensus on the trade talks have dragged on for many years.

“What is on the table is a very balanced compromise…a win-win situation where both parties will take advantages out of the agreement,” Moreira said in defence of the current deal.

The EAC bloc is one of the many regional groupings under the African, Caribbean and Pacific (ACP) countries that are negotiating with the EC to have a deal that guarantees entry of their products to the European Union markets beyond the duty free and quota market access.

“EPAs represent an opportunity to revitalise ACP-EU trade relations to promote ACP economic development and diversification as well as regional integration and reduce poverty in the ACP countries,” the European legislator said while assuring of their commitment to conclude the talks.

EAC initialled an interim pact with the EU in November 2007 and was given until December 2008 to arrive at a trade accord that would spell out how trade issues between the two regions would be dealt with.

The joint framework agreement guarantees duty free and quota free market access to the EU while also safeguarding sectors such as the horticulture and agriculture against competition from produce from Europe.

That however did not happen as none of the parties involved in the discussions have been ready to compromise by giving up some of the demands they hold dear.

The European Parliament has however threatened to do away with preferential access for those countries that will not have ratified an EPA by January 2014.

“I do not see why there can be no agreement in due time before the arrival of the deadline that the Commission is threatening to put a nail to the existing unilateral trade preferences,” Moreira added.

Kenya, which has been very vocal in the trade talks and which stands to lose the most should the region fail to reach a deal, has been pushing to have the contentious issues addressed before it can ratify the agreement.

Unlike the other four EAC sister states (Uganda, Tanzania, Rwanda and Burundi), Kenya is not listed as a Least Developed Country and such as will have its products attract a tax rate of up 16 percent on her exports to the EU.

However, while keen to come to an agreement, the country has insisted that some of the key sticking points that revolve around Rules of Origin, Trade in Services, Technical Barriers to Trade (TBT) and Sanitary and Phytosanitary (SPS) must first be addressed.

While the government has also been appealing for more time to think through the outstanding issues, the business community has been calling for a speedy conclusion to these talks pointing out that this would give confidence to the investing community.

There are concerns of what implications a trade arrangement with the EU will have on the EAC’s ability to industrialise given that they will have to open up their markets to products from Europe which are highly subsidised.

The delegation however moved to assure that their intention is not to impoverish the region but instead help enhance their competitiveness so that they can play a bigger role in international trade.

“EPA is not just about tariff preferences but it’s about creating a new framework that would allow this region to be more competitive; to be more modern in their economies and to allow them to enter into the global trade system,” the lawmaker argued.