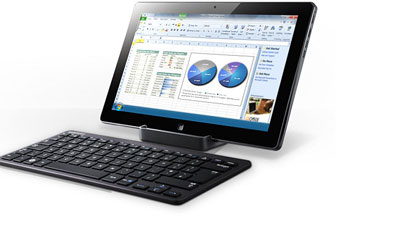 NAIROBI, Kenya, Feb 7 – Local software developers will now have an opportunity to undertake certification exams through which they can bridge their skills gap as well as verify their understanding of basic software development practices.

This follows the introduction of a certification program dubbed ‘Chipuka’ that will be offered by the Kenya ICT Board in partnership with global research university, Carnegie Mellon.

“Our sector requires very deep skills and skills are not just education but the application of education in the industry and that is why we decided to create a project to intervene in the software space,” ICT Board Chief Executive Officer Paul Kukubo explained.

Like many sectors across the country, the software development industry – although relatively new – has been lacking in skills and standards.

Kukubo conceded that while they had covered major groundwork in the past trying to sell Kenya as a top global ICT hub, the software skills gap is one of the major challenges they had overlooked.

They were however fortunate enough to have potential investors who were keen to start their operations in the country identify this concern that needed to be addressed before they can set up shop.

The investors’ view was also reinforced by a detailed study carried out by the Board in conjunction with global market intelligence firm IDC in 2011 which revealed that few companies in the country source for software skills locally despite the high demand for software development.

The study estimated that this demand for software developers would grow by 135 percent between 2011 and 2013, thus the need to build adequate capacity.

However, with the program which is the first globally accepted software certification exam, Kukubo exuded confidence that the country will not only be on the road to tackling this problem but will also help employers to easily identify competent software developers.

This is because unlike the several certification programs that test for the general knowledge of software, ‘Chipuka’ will assess the general idea of programming.

The pilot exam will be ready by April 2013 with the certification expected to be fully operational six months later.

Some 500 graduates are expected to have been certified by the end of year one although the Board hopes this number can be stretched to 1,000.

A team from Carnegie Mellon University will be dispatched to various companies with the view of trying to identifying their needs.

The end result is to match demand and supply and ensure that the examination is attuned to the industry’s needs while at the same time having a broad selection of professional tools.

“This is definitely a welcome idea. We really needed this because we have suffered without standards. It is best to tackle that now as we work towards achieving our Vision 2030,” commended Kiragu Gathaiya, the Secretary General of the Society of Software Developers of Kenya.

The introduction of the certification program Information Permanent Secretary Dr Bitange Ndemo emphasised, is one of the many measures that the government is undertaking to position Kenya as an ideal outsourcing destination.

“This is what was missing; the triple helix where the universities and the government would work to develop capacity that would move this country move forward,” the PS stressed.

The country has continually managed to grab the attention of foreign investors owing to the aggressive marketing that the government has adopted to showcase what Kenya has to offer on the technology front.

More however still needs to be done locally if the country is to compete effectively with the best in the world, the PS remarked.

Besides the opportunity to create thousands of jobs, such measures are crucial to help the country develop a niche which would in effect enable it to exploit the immense opportunities in the outsourcing sector estimated to be worth Sh50 billion.