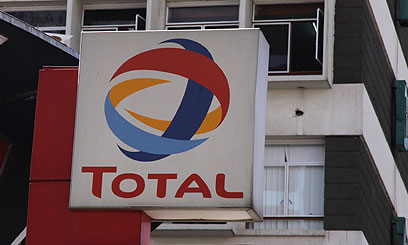 Managing Director Alexis Vovk attributed the dip to the harsh economic times characterised by a sharp increase in interest rates, soaring inflation and a weak shilling.

The edging up of the average bank interest rate as well as the increase in the working capital requirements due to the increase in international oil prices and weak shilling for instance saw the firm’s finance costs rise by Sh137 million.

“Finance costs now represent 88 percent of operating income during the first nine months compared to 56 percent in the same period in 2010,” the MD said in a statement which also showed that gross profit declined marginally to Sh3.5 billion.

In October 2011, the firm warned that its full year profit would be significantly lower due to the high financing and operating costs and the price controls. With the third quarter results, it looks like the profit warning still holds.

Despite the impact of these factors, net turnover rose by 40 percent to Sh65.4 billion driven by an increase in the cost of fuel.

Vovk disclosed that they did get a reprieve after their decision to dispose of several company assets earned them Sh200 million without which the marketer would have posted a loss.

“It is evident that were it not for the other income of Sh200 million arising from disposal of several company assets in compliance with the conditions set by the government before acquisition of Chevron business, the company would have registered a loss in the first nine months,” admitted Vovk.

Given that there does not seem to be any let up in the operating environment and that the international prices remain high and erratic, the company’s second half is not certain.

The MD called on the government through the Energy Regulatory Commission (ERC) to consider factoring in macroeconomic issues in its fuel price control formula.

“It is essential that the price formula ought to recognise the impact of these macroeconomic factors, especially the cost of financing the working capital requirements and the inflation on costs to allow for sustainable operations in the industry,” he suggested.

In addition, Total Kenya disclosed that it would diversify its product lines, review its customer portfolio as well as manage its costs as some of the survival measures it would adopt to bolster its performance going forward.