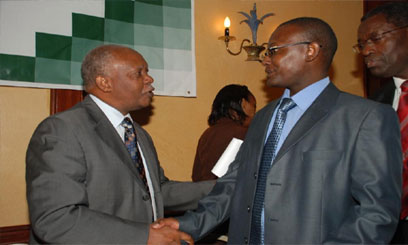 NAIROBI, Kenya, Jul 14  – Regional cables manufacturer, East African Cables (EAC) has announced a 946percent growth on its profit before tax in its half year trading results.

With an operating profit rise of Sh317 million up from Sh238 million, Mr Mwangi attributed the firm’s growth to increased sales in the regional markets and the recovery of the Tanzanian market operations.

The firm’s local and export sales gave showed a turnover of more than Sh2.3 billion representing a 29 percent growth up from Sh1.8 billion posted last year.

During the same period last year, EAC had suffered an after tax loss of Sh56 million which has now been turned around to a Sh172 million profit.

“Despite the prevailing economic challenges in the region, we expect to maintain the current positive business trend,” Mr Mwangi said.

Earlier in the year during the firm’s investor briefing, East African Cables had outlined plans to further increase its market share by adding a mix of new products and market forays within and beyond the East African region.

In a first for a sub-Saharan cables manufacturer, EA Cables has already commenced production of Aerial Bundled Conductors (ABC) which is safer and more environmentally friendly for power transmission.

In addition, the company has introduced Crosslink Polyethylene Cables (XLPE) which has the ability to carry more current for the same size of cable compared to PVC cables and also has better strength at high temperatures.

The company has also commenced manufacture of Halogen Free Flame Retardant (HFFR) cables which is a first for any cable manufacturer in the region.

East African Cables has also moved to expand operations in East, Central and horn of Africa countries including Burundi, Eastern DRC and Southern Sudan this year alongside its operations in Kenya, Tanzania, Uganda and Rwanda.

The additional capacity commissioned positions the company to take advantage of demand in these markets.