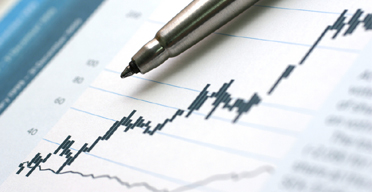 Nairobi, Kenya, Jan 7 – During bear markets, an investor can use various strategies to limit losses and maintain the value of their portfolios. For those who did not take such steps at an earlier stage, feel free to apply the saying ‘better late than never’. The New Year is a good time to position yourself for profits in the event stock markets rebound.

First, don’t panic because the Nairobi Stock Exchange is not crashing but undergoing a normal stock market cycle. Yes! the NSE 20 share index has declined 41.9 percent from the most recent peak of 5445.66 on June 9 last year and the NASI has declined 41.13 percent from a peak of 116.243 to 68.52 in the same period. Nobody can tell whether these were the lowest levels, and therefore uncertainty is high.

However, increasing local demand for shares being dumped by foreign investors, price stagnation, reducing turnover and volume, the dual bounce in the NSE 20 index tell us that being ready is the best strategy. Remember the parable of the ten virgins.

By now many investors feel stretched and they are likely to throw in the towel and sell their shares at a loss only to regret when the stock market rebounds. Before selling at a loss ask yourself ‘why is the buyer interested in these stocks yet they have lost so much in the last six months?’ The probable answer is that the buyer is a sophisticated investor who has done their valuations and found bargains with a low Price-Earnings (P\E) ratio, good dividends, growth potential plus they have some money to spare.

More than 20 stocks listed on the NSE have a P/E ratio lower than 10, 25 have an Earnings Per Share (EPS) above one shilling, 22 have a dividend yield above three percent, 41 companies paid dividends last year and half year results show that 36 companies have announced profits with only five having reported negative figures.

In the last one year 27 stocks out of 44 active ones on the MIMS have lost more than 30 percent in value while five have lost between 20 and 29 percent. Only Equity Bank was trading higher than its price on December 14 compared to the price recorded on December 15.

Yes, we are in a bear market but somebody somewhere is probably making money or positioning themselves for a profitable turn in fortunes while the rest “hide our tails between our legs”. Most stocks are currently selling at highly undervalued prices while our economy continues to grow and profits abound.

Warren buffet once said; “we only attempt to be brave when others are afraid and to be afraid when others are brave” and guess what, right now he is on a buying spree, spotting undervalued stocks the world over. He even offered to invest $70 billion of the $700 billion rescue package for troubled banks by the US congress. Carlos Slim credits part of his ability to discover investment opportunities early for his fortunes and guess what? Both are now richer than Bill Gates and owe it to stock markets.

The secret would be to have a working strategy and nerves of steel to back it. ‘Investment is not for the faint hearted’ so be ready for rough seas to emerge victorious in the end. I intend to have a strategy in 2009 and fear is not part of it.

1.    I’ll sell those stocks that have not lost more than 10 percent and are in smaller less stable companies so I have some cash in my pockets to fund my strategy. I will also dip into my savings in the bank before they get depleted by inflationary pressures. I cannot rely on Unga to fill my stomach anymore.

2.    I’ll invest in short term Government securities rather than keep my money in the bank. The government needs money to plug the budget deficit and Treasury will most likely be offering some lucrative debt instruments since the taxman is  short on collections and some “KENYANS” prefer to be ‘philanthropic’ through mistress charity rather than supporting wanjiku by paying their taxes to a government they don’t trust.

3.    I’ll select blue-chip companies with large reserves since smaller fish are more likely to go under, they tend to pay dividends even in the roughest of times. Studies regarding dividend policy show that companies set long-run target dividends-to-earnings ratios according to the positive NPV projects available and because earnings increases are not always sustainable. Dividend policy is not changed until managers can see that new earnings levels are sustainable (John Lintner). Managers are reluctant to decrease dividends and some companies use dividends as a signal that all is well despite decreased earnings.

4.    I’ll look for healthy dividend payout ratios i.e. the percentage of earnings paid to shareholders in dividends DPS/EPS to see if earnings support the dividend payments. More mature companies tend to have a higher payout ratio.

6.    I will be defensive in my acquisitions with emphasis on utilities (incidentally beer in Kenya seems to be a utility) and diversify as much as possible. People will not stop using soap and buying flour or medicine just because the market is down and remember we will always need to transport stuff to the markets so even if the price of petrol drops they are still in business at the oil companies and they will definitely be sending you a check at the end of the year.

7.    I’ll put trailing stop loss limits of 15 percent below entry price and sell whenever a share gains by more than 25 percent.

8.    Review my resolutions every three month and adjust accordingly.

9.    Sleep well and not worry, while I wait for the Forbes richest man in Kenya to be published.

(Samuel Kimari is an investment analyst with MSc Finance)